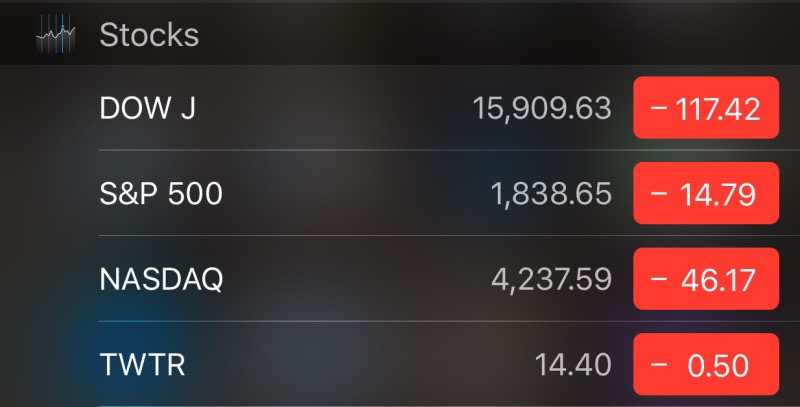 I'm unsure exactly what's happening inside of Twitter these days or how the power flows, but one thing is clear, Twitter picked the wrong people to please.

Someone wants Twitter to become Facebook. They think that algorithms will make Twitter more attractive to new users. They think they have the right solutions to Twitter's growth problems.

Except, they are dead wrong.

When the slightest hint surfaced that Twitter was introducing an algorthmic timeline that replaces a reverse chronological one, a Twitter meltdown occurred in the form of a trending #RIPtwitter hashtag. The core userbase wanted nothing to do with that new “feature”.

Jack Dorsey was forced to post a very rare Saturday PR tweet to try and calm the waters. Although he indicated that this new change was not something planned this week, he didn't say that it wasn't happening at all. In fact, A/B testers of the new Facebook-like timeline started questioning Dorsey's sincerity – they posted photos of their Twitter algorithmic timelines.

On Twitter's own platform where actual Twitter users could be found, tweet after tweet knocked the whole algorithmic approach as a very bad idea. Many went further and included the While you were away algorithm as a perfect example of why an algorithmic timeline would ruin Twitter. I'm no fan of While you were away for quite a few reasons too. Algorithms simply are incapable of reading my mood or mind as to what I consider relevant.

Everytime I open the official Twitter app, I wonder what the Twitter UX team does. The app is a muddled mess of complexity and garbage that defies solid UX principles.

Some people and tech pundits push for Twitter to introduce the very features that are driving core users away. Many suggestions come from investors and the ad industry, but no one inside Twitter appears capable of saying, “No”. That's because Twitter's own management team is incapable of defining its service so far. They think that because a small subset of users tweet pictures of text, or because we sometimes split up our tweets into labeled “/1 parts”, that Twitter needs to change. So every change adds more complexity and uggliness to the UI. Hearts are so much friendlier, right? So what if they cause many of us to use the new “like” label less. No one apparently figured that hearts only work for certain types of tweets – and yes, semantics matter.

I loved Twitter, but its stock price free fall just reenforces the problems facing the company. It's not about user growth at all. User growth is just a byproduct. If Twitter had someone that could publically say what Twitter is not and will never do, and reversed the many poor UX decisions it has made, it might have a fighting chance. I'm not holding my breath though.