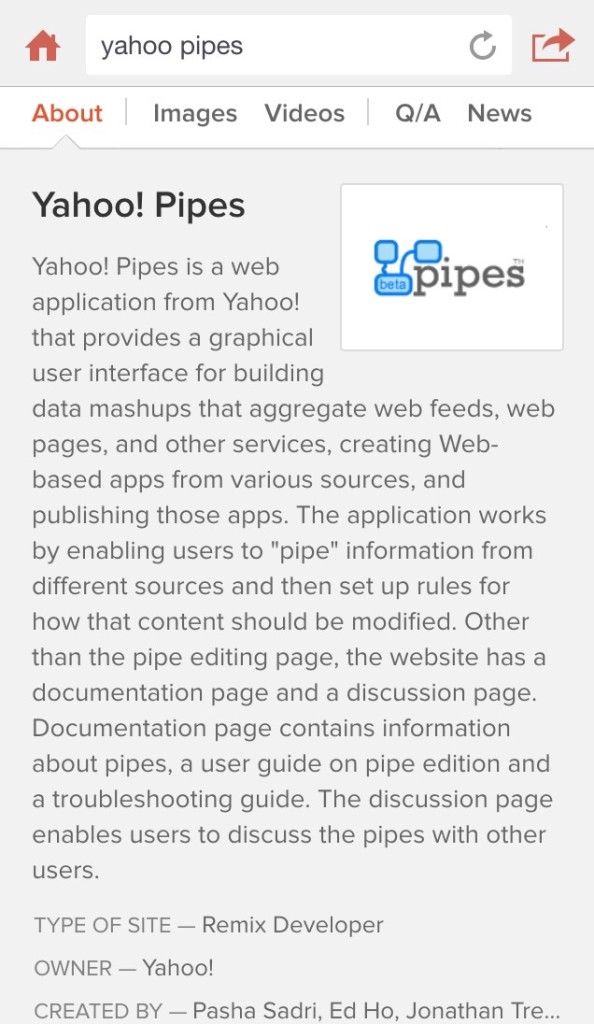 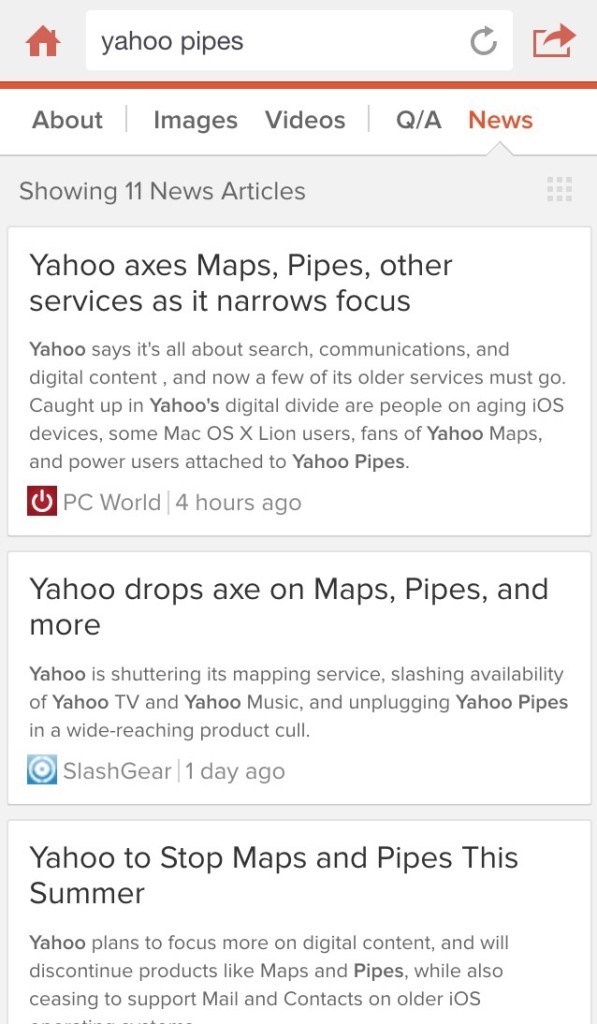 You Put The Cool Into Work-Arounds

Many didn’t know you. You were Yahoo!’s best kept secret for the few who did.

You were my secret sauce on many occasions. Yes, Pipes was there on my first social media project. I received many wows due to you.

When Facebook tried to tell us that RSS was dead, Pipes was there to end that nonsense.

When an RSS feed wouldn’t syndicate, you were there to help me make it compliant.

You put the cool into work-around. When others said something couldn’t be done, Pipes was there to show how.

Was there anything more awesome than dragging your blue pipes around a screen, following a mashup of pipes connecting stuff from all over the web, and watching a single feed pour forth to put life into a new webpage? I think not.

For those who still believe that RSS is dead, you might think twice because many of us who create stuff for the webz are still quite found of it. Your walled gardens and APIs might be cute, but rest assured that we pixel movers and plain-text aficionados are taking note.

Maybe Pipes will live another day as an open source project. Who knows?

For now, I raise my teacup and take a sip in remembrance of what a good product should do – it does the unthinkable. It wows.