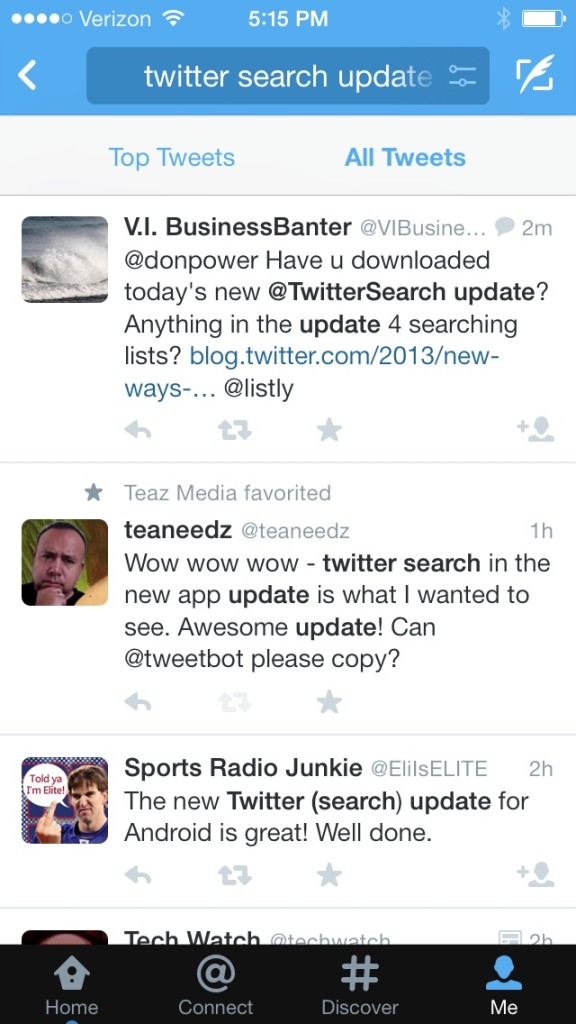 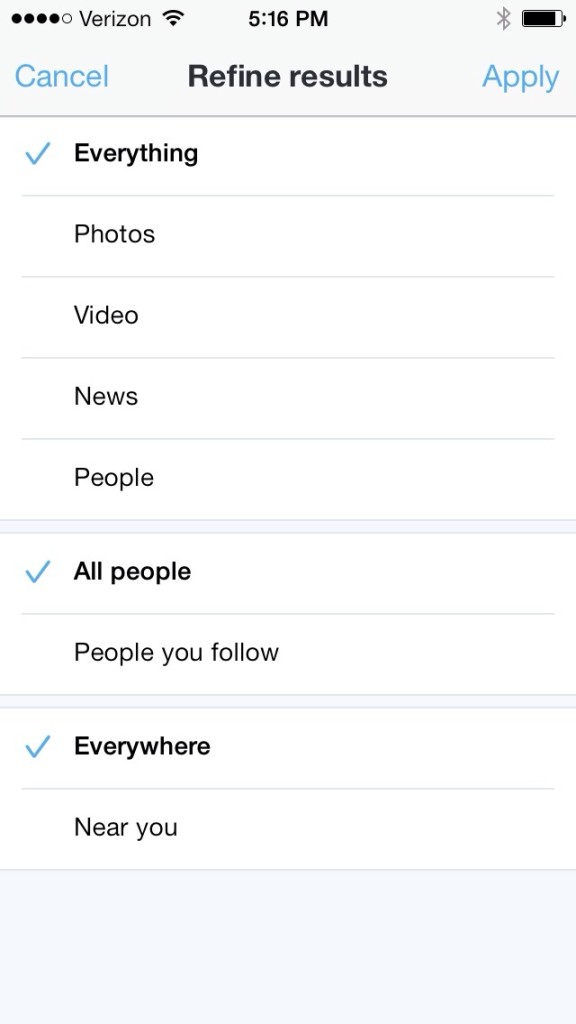 Twitter search is a core feature that got buried in feature creep, i.e. Top Tweets.

Today, Twitter is paying tribute to that core feature in the latest iOS app that I downloaded.

When I clicked on the search magnifying glass icon, typed in a search phrase, and viewed the latest options – I was impressed. Now we have options for “Top Tweets” and “All Tweets” sitting at the top. “All Tweets” always had more value to me because they represent the most recent unfiltered tweets. It’s like the twitter.com site now. Woot!

I immediately noticed the new slider icon within the search field. Clicking on it brought me to the new options displayed in the second image above. Nice. Very nice.

Here are the available options to refine the search display:

I read that Twitter has possibly rolled back the non-released beta version that tested removal of the menu bar at the bottom of the app in favor of swiping actions. If that is so, that’s another UE win!

Twitter apparently has also nixed the DM feature that would have allowed anyone to Direct Message another user (if a user enable this feature) without having the follow requirement. Again if this is so, it’s another win (big spam feature if you ask me).

Twitter, great job on this new app rollout! Seriously, you are showing focus on your core values and treading waters carefully it would appear. That earns much respect from me in today’s too often done-is-better-than-perfect product world we live in.

Now, if something can be done about the #bluelines :/

Twitter continues to win my respect against the other social platforms.