And one more reason for a new CEO 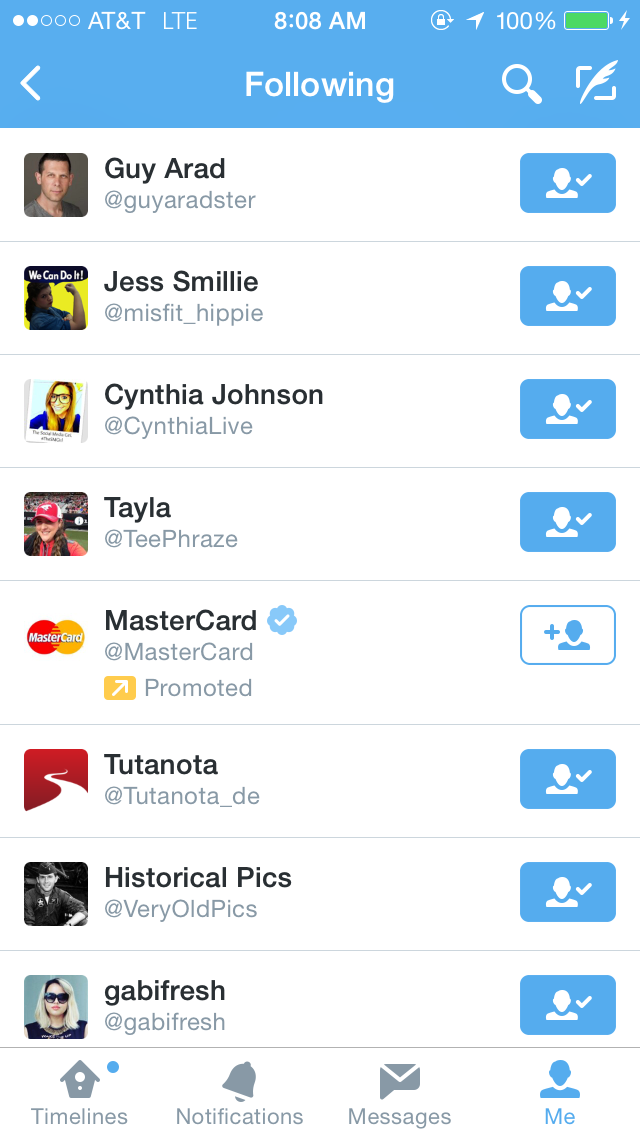 William Shatner (@WilliamShatner) took to Twitter to point out what should have been an obvious product decision no-no. Our follow list is a very bad location for a promoted ad, one clearly designed to meld into the normal following list. As he pointed out, it could imply an unconcenting endorsement. I doubt Visa was too happy to see Mastercard in their own follows list.

My gut feeling is that not many users will pay attention to the small promoted label or even know that it's an ad.

This was an obviously bad product decision that will backfire on Mastercard as people begin blocking their account.

It's also more evidence that a new Twitter CEO is needed. The current leadership just doesn't get it and is losing its cool factor with each bad feature rollout it does.

Please Twitter, don't mock us by telling everyone it was just an A/B test.