First IFTTT made my life easier with it's plethora of automation recipes, but now it's become a fetish source for reducing screen taps even more with three new apps – Do Button, Do Camera, and Do Note.

I'm writing this in Do Note using the 3rd party iOS Markdown Keyboard. It's a pleasure to write here with such nice large text too! Now, with one quick tap to the large screen button, this will automatically be saved to Dropbox.

I'll return to this note later from my Editorial Markdown app, add some text, export the file with my Markdown syntax to HTML, and paste it someplace on the web, maybe WordPress.

When an app saves me taps, it saves me time. Thank you IFTTT or IF for simplifying my life further today.

[Updated from Editorial App] I'm going to find uses for the other Do apps for Doist tasks and on-the-fly-no-time-to-open-a-twitter-app-but-here's-a-photo tweet. 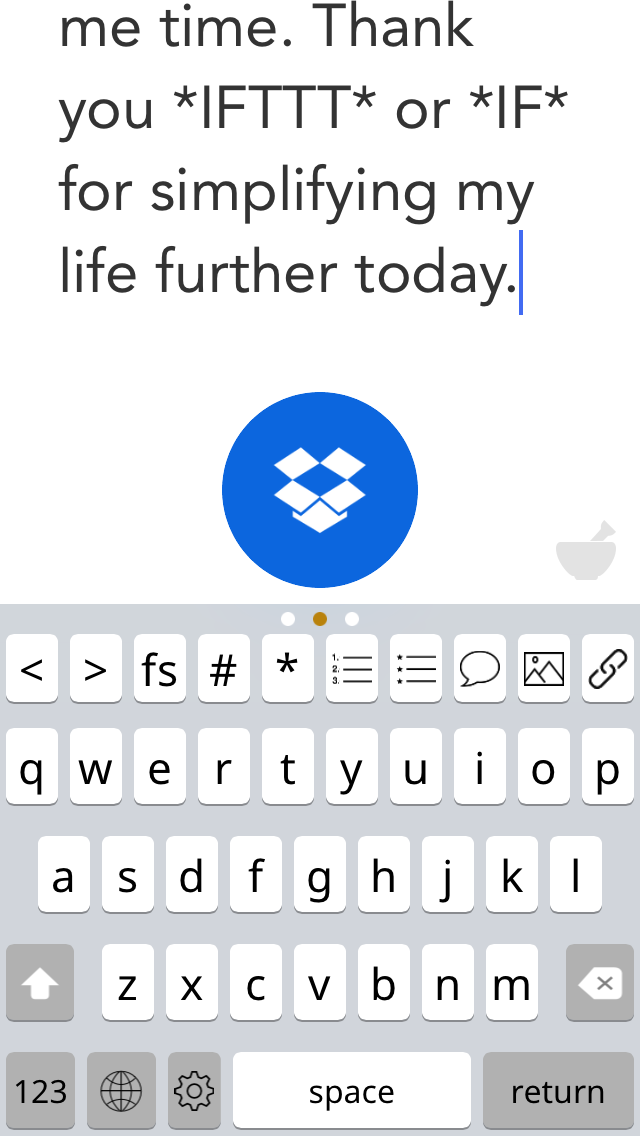