The ad tech world is cancerous to the web. Rather than being a successful path for publishers and businesses to monetize their business models, ad tech has alienated end-users while earning a stigma equivalent to cancer.

When I Think Ad Tech

The term “ad tech,” which is short for advertising technology, broadly refers to different types of analytics and digital tools used in the context of advertising. Discussions about ad tech often revolve around the extensive and complex systems used to direct advertising to individuals and specific target audiences.
— Techopedia

Today, when end-users think of ad tech, all of the promises of relevant advertising disappear and are replaced with the reality of what ad tech has become for everyone who doesn’t work in the ad tech or publishing world.

In other words, ad tech pushes end users to not only use ad blockers as a new malware defense, but incentivizes us to eagerly share how to use ad blockers with family and friends. This is more true as the ad tech and publishing world turn a deaf ear to user concerns. In fact, that world tends to blame ad blockers instead of seeing the bigger picture. We simply don’t trust ad tech anymore.

Looking back now, our scraping of dimes may have cost us dollars in consumer loyalty.
— Scott Cunningham, senior vice president of technology and ad operations at the Interactive Advertising Bureau (IAB)

Good point, but shortly afterwards the IAB added this:

Now, you may be aware of a kerfuffle that began about 10 days ago when an unethical, immoral, mendacious coven of techie wannabes at a for-profit German company called AdBlock-Plus took to the digisphere to complain over and over that IAB had ‘disinvited’ them to this convention … This is what happens when your only motivation, your only metric, is money. For that is what AdBlock Plus is: an old-fashioned extortion racket, gussied up in the flowery but false language of contemporary consumerism.
— Randall Rothenberg, CEO of IAB

Seriously? The pursuit of the money metric is why ad tech is in the mess it is.

The IAB and publishing world need a quick wake up call. They can ask us to turn off our ad blockers all they want. They can create their walled gardens and paywalls—sobbing about quality content and families to support.

The bottom line is: UX will win.

We will always use ad blockers now:

The insidious nature of ad tech has caused businesses to toss ethics out the door and track users whenever and by whatever means possible. Let us not forget about Verizon and its injection of UID headers to track users regardless of browser settings in an effort to monetize and bow before the ad tech god. Today, ISPs want the federal government to eliminate broadband privacy rules saying that your Web browsing and app usage data should not be classified as “sensitive” information. They salivate over the monetization of more data.

This is where ad tech has brought us. This is why we look at ad tech as a cancer on the web.

Quality content will always exist on the web—ad tech has nothing to do with that. It existed before ad tech and will live on after we cut the malignant growth of ad tech from our funding and support.

Developers need to help out here. The stigma of working in ad tech and supporting something that violates core internet and browsing rights (in addition to security) should be elevated to a level that attaches too much stink on one’s employment history to make working in ad tech more than a three second pause before flicking away that idea like the parasitic bed bug it is.

If you’re a developer working in ad tech or projects influenced by ad tech, please help everyone out by walking away. There are other projects more worthy of your efforts.

It’s up to everyone to attack this cancer. 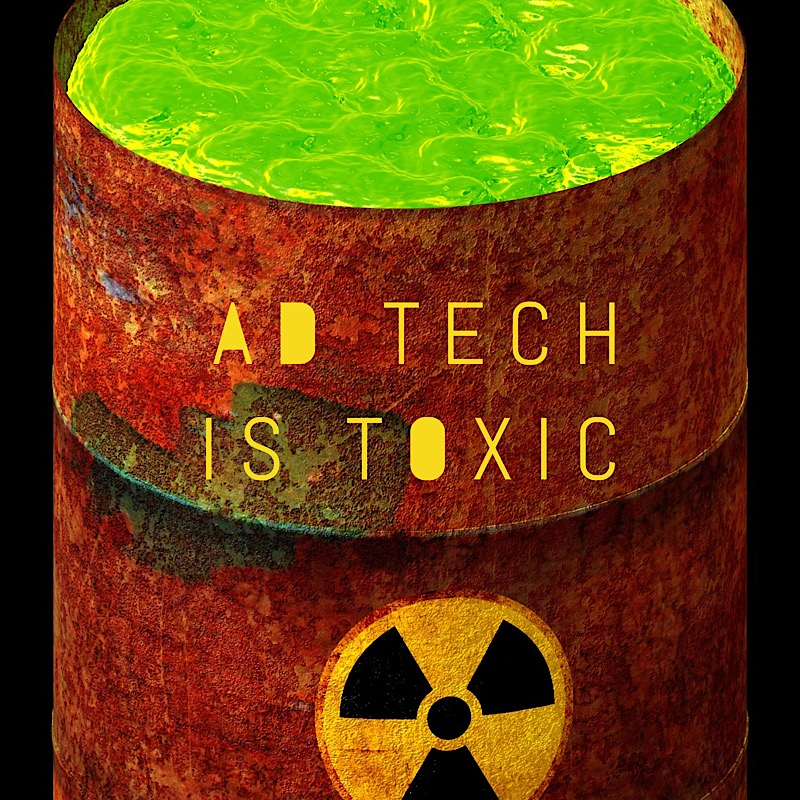