Good user experience is a compass that guides good product decisions. UX does not just end on the screen. At its core, it is respect for the users that have been using one's product or service and permeates every department of a company – the good ones at least.

Create a product and expect to never be able to please everyone. However, understanding what your product is and having the gravitas to stand up for the features which define it is sometimes missing in management teams eager to court “growth” by AB testing ideas that spring out of a pit of despare while hoping to attract users who never really get it.

This brings us this week to #Twitter10k – the trending Twitter hashtag born out of frustration from people who love Twitter, who actually use it, and who get the benefits of the 140 character tweet limit. Such folks don't want to see tweets expanded to 10,000 characters as has been suggested in the tech media and perhaps by Jack Dorsey himself. Afterall, isn't that Facebook – the platform that chased many to Twitter in the first place?

As is often the case, the details are often not well thought out when product changes are contemplated. In the #Twitter10k case, some are suggesting that it won't be a bad idea because Twitter will still only display the first 140 characters of tweets in the timeline, but add a Read More button to display the long-form post.

Deploying Read More buttons will lead to increased tweets with cut-off text. We see it now in the form of shared content that originates somewhere on the web and is syndicated to Twitter. The tweet ends up being cut-off in mid-sentence with a link at the end. It looks bad and many tend to avoid such tweets because they are not manually hand-crafted (lazy tweeting), might be bot generated (really lazy and sometimes malicious), or just accost good design sense.

Now if users know that they can share content beyond 140 characters, there will be little incentive to think and craft a concise tweet. That will change the dynamics of Twitter. Yes, we may only see the first 140 character tweets in our timeline, but we'll see many more truncated tweets with the additional friction of having to tap/click on Read More.

The truncated tweets won't look any better in this scenario. It's not like Twitter has proven UX ninja skills. Just look at their expanded URL summary cards. Those cards cut off text and provide little benefit. They remind us though that Twitter needs an experienced executive design/UX person.

People with design chops are also aware of the accessibility issues introduced with Read More buttons. I won't address those here, but Twitter's UX department should be well aware of the problems.

For everyday folks, think about this. If you feel that we can move away from using a separate blog and just post long-form content on Twitter now, what happens when management's Read More policies become restrictive? How likely is it that Twitter will implement an export option in case we want to take our posts to another blog platform?

If you feel that there is less need to include a link within a tweet now because your content can just be posted behind the Read More button, how discoverable is your post really? Maybe Twitter's Search will index it, but what about other search engines who will have to play by Twitter's rules?

When I read tweets that contain links, the URL gives me greater insight than any Read More button does. The URL provides an indication about the source, reliability and user expectations of the site I will be sent to. True, shortened links can obscure this, but I avoid those anyways because of their obscurity and implied tracking. READ MORE says nothing about the content behind it.

I've heard some argue that this expanded tweet feature is good because it reduces the need to type out text somewhere else and screenshot it. This is a work-around by some to get around the 140 character tweet limit. I'm guilty of this now and then too.

Attaching a photo of text to a tweet might not be the prettiest work-around, but you no what? It works better than hiding it behind a Read More button.

A photo of text can be quickly glimpsed and often read without having to tap/click on anything.

I'd wager that a very small subset of users actually screenshot text to get around the 140 character limit. So why introduce a feature that will likely decrease the value that made Twitter so unique in the first place? It's very naive to think that a Read More button is just a simple solution for a few people that won't impact the greater userbase.

The rub is, as Twitter brings us solutions that very few want, ignores the larger requests for editable tweets (read the #Twitter10k tweets on Twitter), and makes public statements that it basically doesn't care that it upsets real users in its chase for fantasy ones, it becomes less a place that I want to spend time at.

UX is a compass that can only be ignored for so long before you realize that you've ended up in the middle of a shark infested ocean from which no one wants to attempt a rescue.

Add 10k tweets to Twitter's non-chronological reverse timeline test and 2016 is quickly becoming the year that Twitter jumps the shark. 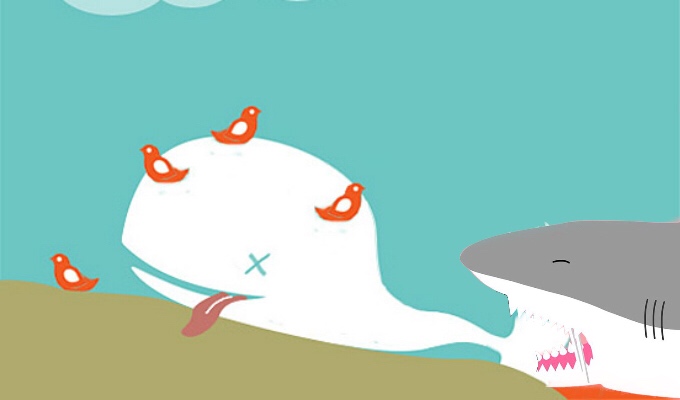