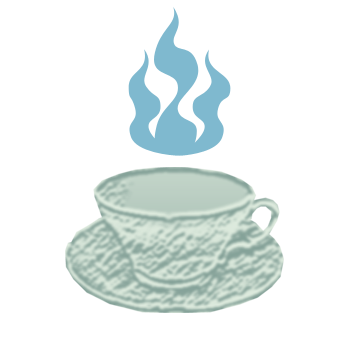 This is not a prestigious award accompanied by viral media accolades or plastic swag by any means. It’s a small gesture from a little corner of the web just south of alrighty then.

For some time, we’ve been handing over our information, metadata and coins to be participants in today’s technology and internet game of Monopoly. As the big companies keep kicking the privacy can down the road to see how far they can take it, all in the name of convenience of course, consumers are beginning to wake up to the whole idea of what good user experience entails. It’s not just something that stops with a click, a navbar, an out-of-box experience. Nope – user experience goes way beyond that.

As start-ups press technology to do more stuff for us, there is always a price. Whether we pay for it in real coins or in metadata, the price is there.

Beyond the privacy issue, some companies just don’t seem to get users all that much. Maybe it’s a lack of respect for us, an egotistical view that it really doesn’t matter, or simple naivety.

Not all companies bring a here’s-your-stinkin’-apology-and-snapchat-app attitude to the table though. Some are still growing while making good product decisions on behalf of users. Sure, everyone makes their mistakes including the winner of our Cuppa T award.

However, it’s the overall trend of user respect that often shines so much brighter than the occasional spills along the way.

It’s easy for us at times, easy for me as a former product guy, to see the mistakes that are often made by techs, big and small. I can be vocal about it in fact because I want these same companies to really succeed, but with the right mantra – one that walks the talk.

So today, if we notice a company doing something out of the ordinary to promote privacy or a better user experience – something that can be an example for others, we’re giving them our Cuppa T Award. No ‘T’ is not ‘tea’. T stands for Tremendously Terrific – a couple of good ‘T’s. I couldn’t think of other Ts on this Sunday evening, but I’m open for suggestions and modifications.

This teacup sized award is not a yearly thing. It’s just meant to be posted on our site whenever we notice something good being done that stands out – especially in the areas of privacy, user experience, and good PR.

Today, our Cuppa T award goes to Twitter though in recognition of their achieving 6/6 stars from the Electronic Frontier Foundation’s Who Has Your Back report.

When you use the Internet, you entrust your conversations, thoughts, experiences, locations, photos, and more to companies like Google, AT&T and Facebook. But what do these companies do when the government demands your private information? Do they stand with you? Do they let you know what’s going on?

In this annual report, the Electronic Frontier Foundation examined the policies of major Internet companies — including ISPs, email providers, cloud storage providers, location-based services, blogging platforms, and social networking sites — to assess whether they publicly commit to standing with users when the government seeks access to user data. The purpose of this report is to incentivize companies to be transparent about how data flows to the government and encourage them to take a stand for user privacy whenever it is possible to do so.

We compiled the information in this report by examining each company’s published terms of service, privacy policy, transparency report, and guidelines for law enforcement requests, if any. We also considered the company’s public record of fighting for user privacy in the courts and whether it is a member of the Digital Due Process coalition, which encourages Congress to improve outdated communications law. Finally, we contacted each company to explain our findings and gave them an opportunity to provide evidence of improved policies and practices. These categories are not the only ways that a company can stand up for users, of course, but they are important and publicly verifiable. In addition, not every company has faced a decision about whether to stand up for users in the courts, but we wanted to particularly commend those companies who have done so when given with the opportunity.

This year two companies received all six possible stars: Sonic.net and Twitter. We are extremely pleased to recognize the outstanding commitment each of these companies has made to public transparency around government access to user data.
Electronic Frontier Foundation – Who Has Your Back

We chose Twitter for our Cuppa T award because of it’s 6 star rating achievement and its impact on social media.

When a company tries to make the right decisions and respects users, I personally am more willing to advocate it and share my data.

Although Twitter works best with an open and public timeline, I’ve found myself willingly sharing more things there than in any other private place – yes, including the friended / circled platforms. But, Twitter offers a private timeline option too.

It’s the path that Twitter takes to respect users, such as not caving in to the real name policy trends found elsewhere, that makes Twitter a good example for other companies.

Today, TeazMedia recognizes Twitter with our Cuppa T award. Thank you Twitter for respecting us. I guess this time around, ‘T’ stands for Totally TWTR!

We apologize that we don’t have any bling to go with this award but we’re always willing to share a few tea leaves with you.